by Muhammed Amin 8 months ago6 months ago
3 shares

Three outside down is a pattern of bearish candlesticks that includes three candlesticks in one pattern. This pattern indicates a bullish trend reversal.

It is composed of two patterns that confirm a trend reversal.

An engulfing candlestick acts like an outside bar, and then a small candlestick makes a lower low to confirm that the bullish trend has been transformed into a bearish one. Because of the convergence of trends, three outside down is an extremely useful candlestick pattern. 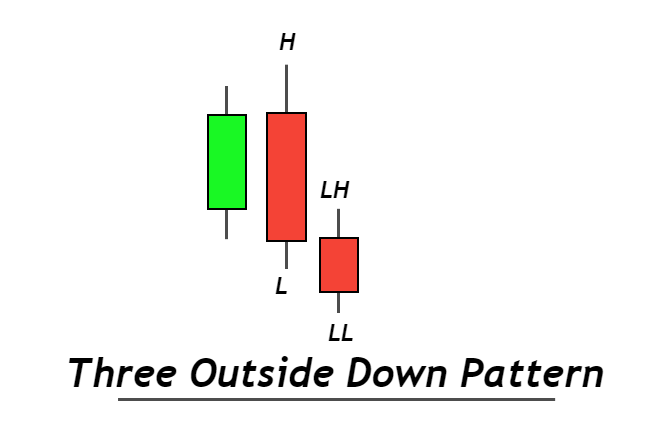 How do you identify the three outside down candlesticks? 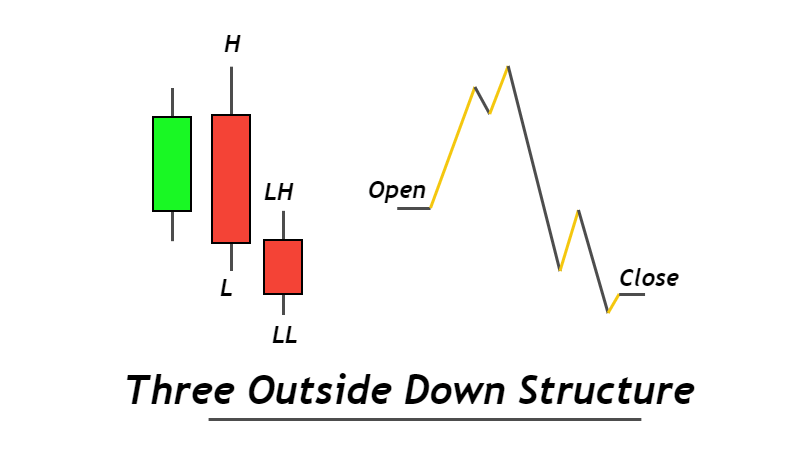 Each day, false price patterns are formed on the chart. Avoid these false patterns.
Avoid candles that have a smaller body than the wick.

Large wicks can be indicative of indecision in a market, while large bodies indicate momentum for sellers/buyers.

If a Doji candlestack forms after the engulfing patterns, then it will not become a three outside down. Doji candlestick represents an interruption in trend, but it won’t reverse the price trend. 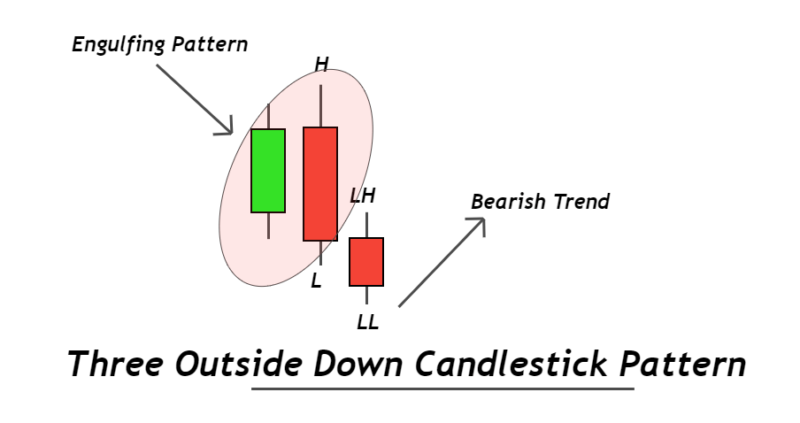 Three Outside Down: Information Table

What can three outside down reveal to traders?

Each candlestick pattern shows the trading activity behind the chart. If a bearish engulfing form is seen, it means that sellers have overpowered buyers. The market is now controlled by sellers who want to lower the price and start a bearish trend. 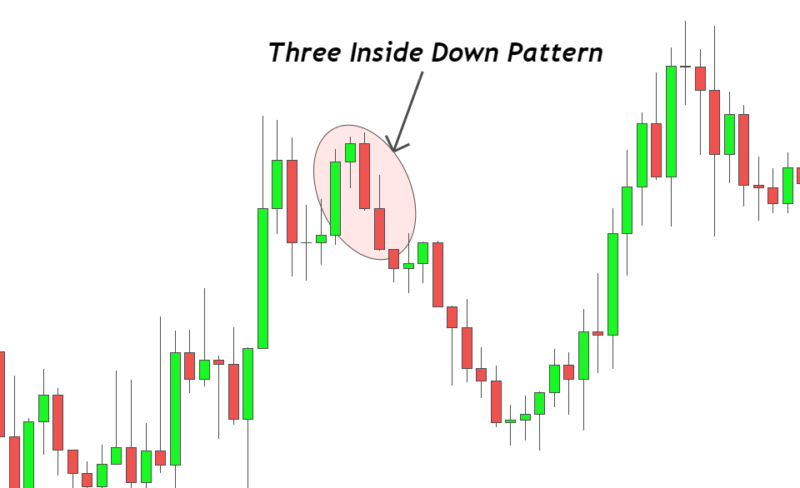 These are the best trading conditions to trade three outside down candlestick patterns:

The probability of trend reversal increases when a three-sided down candlestick pattern forms near the supply or resistance zones. Because the ley level is where price most often bounces off.

To make a strong trading strategy, it is always advisable to filter the best trading conditions. 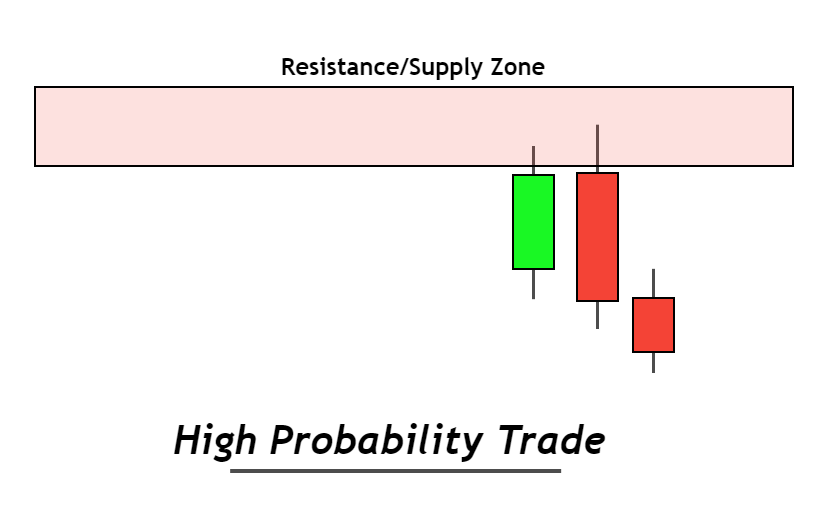 How to trade three outside down pattern?

Any indicator or chart pattern that is bearish can be used to trade with three outside down candlestick patterns.
This is a three-outside down trading strategy that I have simplified with some confluences.

Pro tip: Always create your own strategy using your rules and filtering odds.

To increase the winning percentage of this candlestick pattern, you will need to combine three confluences.

You can open a sell order

Once you have confirmed the three outside down patterns, it is time to identify a bearish pattern on a higher timeframe. Retail traders should trade in the direction and not against institutions.

Next, check whether the key level is a Supply or Resistance . These levels not only increase the likelihood of a trade setup, but also allow you to adjust stop-loss amounts.

Once you have confirmed the previous two steps, it is time to open a sale order immediately.

The stop-loss level should not be lower than the supply area. You can adjust it above the three outer down patterns, but a level higher than the key levels is safe. 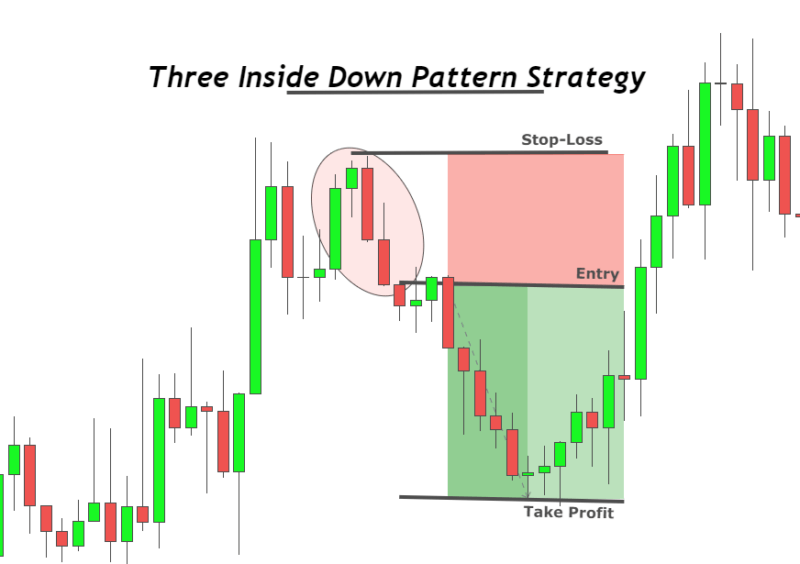 This is the best way of identifying a bullish trend reversal trade setup in the price chart. Technical analysis is the ability to analyze the price chart technically to understand the ideas of institutions.

This is the best way to learn how to read the market without spending too much time on screen.
Backtesting is a time-consuming activity that can help you discover price patterns.